Barbara Hogenson is the owner of The Barbara Hogenson Agency in New York City. She worked for several years at the venerable Lucy Kroll Agency, and in 1994 she bought the company from Ms. Kroll. Barbara began working with Uta Hagen in the mid-eighties when Ms. Hagen was performing in Mrs. Warren's Profession at the Roundabout in New York. Over the next few years Lucy Kroll and Barbara arranged the publication of Ms. Hagen's book Challenge for the Actor. This book and the earlier Respect for Acting (co-written with Haskel Frankel) have become the most popular books on acting technique and the philosophy of acting. Highlights of Barbara's representation of Ms. Hagen include the reading of Who's Afraid of Virginia Woolf? with Jonathan Pryce at the Majestic Theatre on Broadway, Mrs. Klein, and Collected Stories, all of which originated at HB Studio under the direction of William Carden.

Barbara represents clients in both publishing and theater. She holds Masters degrees in Library Science and Film Studies. She began her career working at the Museum of Modern Art in the Film Archives. For many years she conducted oral histories for the Columbia University Center for Oral History. She has served several terms as a board member of the Association of Authors' Representatives, Inc.

JESSE FEILER
CHAMPLAIN ARTS CORP.
Jesse Feiler first met Uta Hagen and Herbert Berghof at the Vancouver International Festival in 1961. Herbert directed the North American Premiere of Men, Women and Angels by Jean Giraudoux (originally produced as Sodom and Gomorrah) which starred Uta and Fritz Weaver. For a young child, it was an unforgettable introduction to the standards and missions that guided Herbert and Uta's lives and teachings.

Jesse became an early artistic director of HB Playwrights Foundation, and was charged by Uta to organize her papers as well as those of Herbert for use by scholars and researchers at New York Public Library for Performing Arts where they are available at http://archives.nypl.org/the/21834

Uta asked Jesse to manage the Uta Hagen Trust which provides a centralized source of information about Uta Hagen and Herbert Berghof at utahagen.com.

Jesse is the author of a number of books on technical subjects as well as apps published by Champlain Arts Corp.

He is Co-Curator of utahagen.com

TED BRUNETTI
PRODUCER, DIRECTOR, ACTING COACH, TEACHER, AND ACTOR (LOS ANGELES/NEW YORK/ATLANTA)
Ted first met Uta Hagen upon arriving in NYC after graduating from University of North Carolina School of the Arts, and a season of summer stock. This was the start of a nearly 20 year professional and personal connection and one of the most profound influences in Ted's life. Ms. Hagen cast Ted in Herbert Berghof's most beloved material, Kafka's one-man piece A Report to the Academy, in the first Tribute to Herbert Berghof, where Ms. Hagen also performed a one-woman selection from Charlotte. This remains the most rewarding experience in Ted's career.

In addition to sitting side by side in class and in Montauk as she revised Respect for Acting, which became A Challenge for the Actor, Uta Hagen invited Ted to join the faculty of HB Studio. Ms Hagen also asked Ted to demonstrate Exercise 9 in her teaching video documentary Uta Hagen's Acting Class.

Ted created the role of "Frankie Coffee Cake" in the Broadway Production of A Bronx Tale (co-directed by Robert De Niro, and Jerry Zaks, book by Chazz Palminteri, music by Alan Menken, choreography by Sergio Trujillo, produced by Tribeca Productions, Dodger Theatricals & Tommy Mattola). In addition to being Uta Hagen's protégé (nearly 20 yrs), he is an invited Guest Member of the renowned Actor's Studio (LA). Ted is creator and executive producer of a half hour comedy pilot for FOX Broadcasting Network and has several other projects currently in development, and is an award winning coach/teacher.

Ted serves as Faculty, Guest Faculty, Coach & Director at the premiere Directing and Acting Programs and Institutions across the U.S. (including adjunct professor at USC School of Cinematic Arts teaching graduate and undergraduate film and television directors, producers, and writers) and an on-going guest artist for The Actors Center of Australia in Sydney: patron Hugh Jackman.

In addition to Uta Hagen, Ted has also studied with: Mike Nichols; Austin Pendleton; Horton Foote; Stiller & Meara; Francis Sternhagen; Elizabeth Wilson; F. Murray Abraham. Ted holds a BFA from The University of North Carolina School of the Arts; and is an Invited Member of The Actor's Studio.

Ted teaches a seminar, "Never Audition Again" (Prepare to WORK, not Audition) and is working on a companion book.

He is Co-Curator of utahagen.com

LETTY (LETICIA) FERRER
Letty Ferrer was born into a noble theatrical family: her parents were Uta Hagen and Jose Ferrer.  She made her acting debut as a young child in Othello starring Uta Hagen, Jose Ferrer, and Paul Robeson.  Her early credits also include appearing in Jose Ferrer's historic version of Cyrano de Bergerac. After high school, she spent several years working in regional and summer stock, which included the Colorado, Oregon and Florida Shakespeare Festivals, as well as a season in Stratford, Connecticut.  She then traveled to Europe and trained at The Royal Academy of Dramatic Arts (RADA).  She returned to the USA to be part of the company of the national tour of Arthur Miller's After the Fall.  Following this she returned for another two seasons in Stratford, CT.

Letty next spent several years devoted to her family – raising her daughter Teresa.  To stay connected to her work, Letty joined the staff of HB Studio.  She subsequently returned to the stage as a member of The Workshop Theater,appearing in many productions over the last several years; including Charles E Gerber's The Will-A-Thon.   She made her musical debut in a Lab Production of 70 Girls 70 in the fall of 2016 at HB Studio.  Letty continues her passion for the role of Rose Milano, in The Silver Fox, by Donna De Matteo.  Having appeared in and receiving great responses as Rose in several stage readings, she is excited to pursue a full production of the play.  Letty is proud to continue her association with HB Studio, where she currently is a member of the staff and the official studio historian.

TERESA TEUSCHER
Teresa Teuscher, a native New Yorker, was raised in a circle of some of the top theatre artists in the City.  As a young child she spent countless days visiting her grandmother, Uta Hagen, and Herbert Berghof at HB Studio.  Teresa studied ballet at The American Ballet School and at the Joffrey Ballet. An unfortunate diagnosis of scoliosis at a young age, led to surgery, which gave rise to her keen interest in the body, and exploring the most effective techniques and principles for physical well-being.  As a result Teresa is now a certified personal trainer and group fitness instructor. She works with clients of all ages, specializing in: Mat Pilates; TRX suspension training; pre- and postnatal workouts; strength training - kettle bell workouts, core strengthening; mitt boxing; stability and flexibility; and weight loss.

Teresa received a B.A. from Hunter College, majoring in Studio Art.  Shortly thereafter, she moved to Hamburg, Germany where she gave birth to her daughter Thyra.  While living in Germany, Teresa and her mother Letty Ferrer set out to find the birthplace of Uta, in Göttingen.  They discovered the house where Uta was born and lived until age 6 with her father, Oskar, an Art historian who taught Art History at Göttingen University and later founded the Art History department at the University Of Wisconsin; and Uta's mother, Thyra, an opera singer, and for whom Teresa named her daughter, and Uta's brother, Holger who eventually became an actor.

You are welcome to visit  https://T3Fitt.com

Jesse Feiler writes and publishes books and apps about the theater (particularly Uta Hagen and Herbert Berghof), technology (often from Apple), and community development (such as the annual Jane's Walks sponsored by Friends of Saranac River Trail (saranacrivertrail.org).

His recent books include Macs All-in-One for Dummies 5th Edition (Wiley, 2019) and iPad for Seniors for Dummies (Wiley, 2016), The Nonprofit Risk Book (DeGruyter, 2017)

His iOS apps include NPRisk, Minutes Machine, Saranac River Trail, Cyber Continuity, and Utility Smart. All are published by Champlain Arts and are available in the App Store at https://apps.apple.com/us/developer/champlain-arts-corp/id558198811.

As publisher at Champlain Arts, he has guided the publication of Sources — A Memoir by Uta Hagen http://bit.ly/SourcesBN    as well as https://books.apple.com/us/book/the-studio-story-address-to-the-austrian-academy/id1457891703 The Studio Story by Uta Hagen and Herbert Berghof.

His books and apps benefit from his extensive experience in nonprofit organizations, small businesses, and the environmental sphere.

A native of Washington DC, he now lives in Plattsburgh, New York, where he also works as a professional dog walker (greyhound division).

He is heard regularly on The Roundtable at WAMC Public Radio for the Northeast where he talks about society and technology. 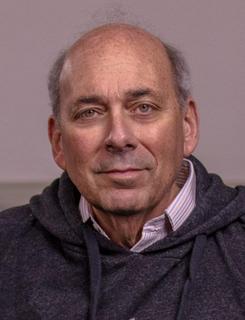 Jesse Feiler writes and publishes books and apps about the theater (particularly Uta Hagen and Herbert Berghof), technology (often from Apple), and community development (such as the annual Jane's Walks sponsored by Friends of Saranac River Trail (saranacrivertrail.org).

Whether using an app or a book (or the occasional speaking gig), Jesse is interested in communicating ideas and concepts to people who can make use of them to make the world a better place.

Jesse's apps are available through Champlain Arts (champlainarts.com) and the App Store at https://apple.co/2L3m6ju

Jesse's books are available at https://amzn.to/2OSmFO

Jesse Feiler first met Uta Hagen and Herbert Berghof at the Vancouver International Festival in 1961. Herbert directed the North American Premiere of Men, Women and Angels by Jean Giraudoux (originally produced as Sodom and Gomorrah) which starred Uta and Fritz Weaver. For a young child, it was an unforgettable introduction to the standards and missions that guided Herbert and Uta’s lives and teachings.

Jesse became an early artistic director of HB Playwrights Foundation, and was charged by Uta to organize her papers as well as those of Herbert for use by scholars and researchers at New York Public Library for Performing Arts where they are available at http://archives.nypl.org/the/21834

Uta asked Jesse to manage the Uta Hagen Trust which provides a centralized source of information about Uta Hagen and Herbert Berghof at utahagen.com.